It’s a great pleasure to introduce author Jane Bwye to my blog today. Jane’s first novel, Breath of Africa, was nominated for the Guardian First Book Award, 2013, and draws on her experiences growing up in Kenya. Her second, a novella called I Lift Up My Eyes, is set in Sussex. Grass Shoots is the sequel to Breath of Africa, and brings Kenya’s story up to present times. Now retired in the UK, Jane is a volunteer business start-up mentor, giving talks, playing bridge, judging dressage, and watching tennis. 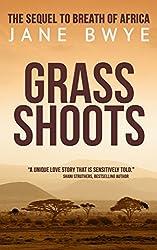 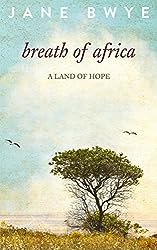 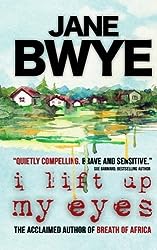 Thank you, Alice, for hosting me today. You suggest I talk about a sense of place, as I introduce my novel, GRASS SHOOTS.

It is set in Africa, an enormous place which conjures up dreams of wide open spaces, beautiful scenery and exotic wild animals. It also conjures up the idea of multitudes of uneducated, superstitious and impecunious people.

My book is a story of sociological contrasts and change. It portrays the different strata of society in Kenya and their inter-connections in this newly developing country, which I still like to call my home.

As a lover of nature with a strong sense of place, I try to match the settings with the mood and emotions of my characters, while unfolding the inter-racial love triangle which centres the plot, against the contrasting backgrounds of its wildlife, its slums, its villages, and the teeming, vibrant, chaotic centre of its capital, Nairobi.

The book opens with a beggar and his bevy of glue-sniffing parking boys, who also act as pimps, outside the lush portals of a popular curry house in up-town Nairobi. But the beggar, Ouma, is not quite what he seems.

His brother, Jackson, and his son, Sam are respected palaeontologists at the Nairobi museum. Their arid dig, near the salt flats of Magadi on the Kenya-Tanzania border is overlooked by a secret ancestral cave, guarded by a sorceress. On the horizon lurks a volcano, Ol Donyo L’Engai (The Mountain of the Gods), its crater spewing spirals of ash. The gods are angry. But the men believe their cave holds the key to the true cradle of man.

Sam’s best friend, Paul, takes Emily, an AIDS orphan, to an elegant sea-front hotel on the south coast. They dance by the romantic light of the moon, shining through the rustling fronds of palm trees. But extreme violence and depravation lurks in the bushes, and although Emily narrowly escapes, she is dogged by a relentless stalker and consequently cannot shake off a petrified fear of sex.

Louise, Ouma’s friend from Oxford days arrives at a tourist lodge in the Highlands of Kenya:

“Tropical forest grew in great entanglements around her and its immensity engulfed her. It was denser than she could ever have imagined, with myriad shades of green and mystical shapes and forms, vibrant with life. Bursts of song filled her ears, yet she could see no birds in the thick foliage, which rocked and swished as the wind gusted through.

Suddenly a branch bent over with a crack, and something large and blue flopped partially into view. Her senses were filled with the glorious sight of a large bird, a flash of yellow on its beak, its blue-green feathers melding into the background. It stayed, majestic, still, for a breath-taking second, then crouched forward and hopped in smooth bounds up the branch.

‘That’s a great blue,’ a voice said at her shoulder.

‘Turaco. You’re lucky. They’re a rare sight in this forest. The name of the village you’re going to visit tomorrow is Amayoni, which means birds.’”

Only a stone’s throw away lies Ouma’s family village. It is a sprawling, dusty place, poverty-stricken and seemingly without hope. It suffers badly in the aftermath of Kenya’s post-election violence of 2007-8. But with perseverance and patience their lives begin to improve.

Great beauty, utter incongruity and instability. You never know what’s going to happen next in Africa. But incredibly, the people remain basically cheerful. It is this amazing acceptance of their lot, the reaching out for hopeful betterment, and their endearing sense of gratitude for what seems to us tiny favours, which make Africa such a special place.

Jane Bwye lived in Kenya for 55 years. She has been an intermittent freelance journalist most of her life and has written several books. Her large family, scattered over three continents, is a good excuse for her to indulge in travelling. A former teacher, and owner of several small businesses over the years, she works as a business mentor for small business start-ups.